First proper night, first proper insomnia, whether from excitement or anxiety I don’t know… What I do know is that there’s a lot to get into today – photography in the present – and I’m up early to organize my thoughts. I’d like to get them just thinking and shooting this week, before we start getting overly technical. It’s a digital and point-and-shoot kind of week (at least until Friday), thinking about memory, color, digital vs. chemical, and the screen image vs. the print. I have stats and terms and timelines and ideas. I have slides…

We set ourselves up by the new iMacs and Epsons next door to the darkroom and I made sure everyone had their phones, with the exception of my one awesome  semi-Luddite student (hooray!) who has no cell phone (really!) but does shoot a lot of digital photographs for her mixed-media work (oh, okay.) Also, she confessed to having an iPad, as did another student who rocks a DumbPhone™. I tried to get that student to shoot with her little phone, but the iPad would have to do for now. This is Photography Today: everyone with a camera. It’s the rare exception who doesn’t.

I asked everyone about the most recent photographs they took; many had tried to capture the beauty of Penland, of course, as have I. One student had just shot a picture of her grandson to send to her husband. One had taken a picture of her license plate for the number to go on the school’s official info forms. I had to hit them with some of the usual frightening statistics about the sheer amount of photographs we take today, even though many of the numbers I found were from a couple of years ago, and the reported source has now vaporized into the blogosphere. One of my favorites:

“Every two minutes today we snap as many photos as the whole of humanity took in the 1800s.”
-1000memories.com, as quoted by Gizmodo

How does this unimaginable quantity of photographs taken change how we experience the world? It has been said that the camera is not so much a tool to extend the eye as one that extends the memory, but since memory is a creative act, constantly re-made upon each remembering, the photographs we take in order to spark our memories may end up replacing them entirely. For proof, look at Linda A. Henkel’s studies on photography and memory (recently discussed on NPR), which show how taking pictures of everything actually impairs memory (but photographing with close focus and intent may increase it):

“Two studies examined whether photographing objects impacts what is remembered about them. Participants were led on a guided tour of an art museum and were directed to observe some objects and to photograph others. Results showed a photo-taking-impairment effect: If participants took a photo of each object as a whole, they remembered fewer objects and remembered fewer details about the objects and the objects’ locations in the museum than if they instead only observed the objects and did not photograph them. However, when participants zoomed in to photograph a specific part of the object, their subsequent recognition and detail memory was not impaired, and, in fact, memory for features that were not zoomed in on was just as strong as memory for features that were zoomed in on. This finding highlights key differences between people’s memory and the camera’s “memory” and suggests that the additional attentional and cognitive processes engaged by this focused activity can eliminate the photo-taking-impairment effect.”
– Linda A. Henkel, Point-and-Shoot Memories: The Influence of Taking Photos on Memory for a Museum Tour, Fairfield University

This just seems to confirm what we experience every day: you forget the name of that guy from that thing, and suddenly you’re deep in an RGS (Recreational Google Search) right in the middle of your dinner conversation… We are forgetting faster and faster.

Of course, this too is not new. Our Culture seems always to have been in the business of forgetting our Nature. Via the blog booktwo.org I discovered a perfectly related story as an ancient precursor to Henkel, wherein Socrates tells of two gods, Thamus, the king of all Egypt, and Theuth. Theuth was the inventor of things like arithmetic and geometry and astronomy (and also, oddly, dice.) But his best invention was writing, and he proudly showed off his work to Thamus:

Socrates: “…Thamus replied: O most ingenious Theuth, the parent or inventor of an art is not always the best judge of the utility or inutility of his own inventions to the users of them. And in this instance, you who are the father of letters, from a paternal love of your own children have been led to attribute to them a quality which they cannot have; for this discovery of yours will create forgetfulness in the learners’ souls, because they will not use their memories; they will trust to the external written characters and not remember of themselves. The specific which you have discovered is an aid not to memory, but to reminiscence, and you give your disciples not truth, but only the semblance of truth; they will be hearers of many things and will have learned nothing; they will appear to be omniscient and will generally know nothing; they will be tiresome company, having the show of wisdom without the reality.”
– Plato, from Phaedrus, 360 BCE

Anyway, this is a lot to think about, here on our first day on the mountain. And there was more, too, from memory to artifice and other differences between digital photography and real photography. As photos become more and more pixellated, reblogged, unattributed, shopped, and chopped, will there be a time soon when they no longer carry even the smallest spurious scrap of truth? My youngest student, at 19, may still believe in photos, but will her children? We’re on our way already… This last bit is from The New Aesthetic blog, a favorite of mine: it’s #HYPERREALCG, which collects amateur CG and 3D-rendered images of mundane subjects, done so well as to be virtually indistinguishable from reality. 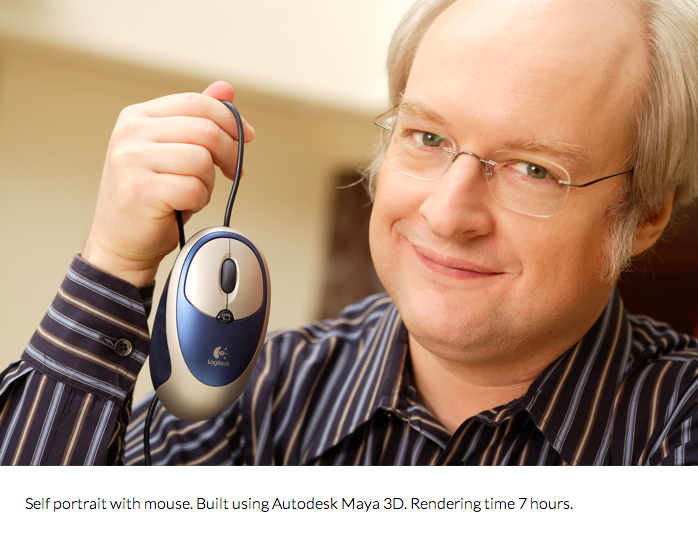 Of course you realize, as you scroll through image after image of the most absurdly boring yet incredibly real-looking images – I can’t believe they made that! – that these are not CG-created at all. It’s just a bunch of lame, lost snapshots stolen from the web. We’re now more likely to belive in fake images online than we are in “real ones” (whatever that means…)

Time to search elsewhere for meaning. I’m bringing them back about 15-20 years tomorrow, and then beginning to look further. If today was Today, then tomorrow is our first Yesterday…